As from May 1, 2020, trademark cancellation/invalidity proceedings at the German Patent and Trademark Office are provided as a new cost-effective alternative for trademark proprietors to act against third party’s conflicting trademarks.

After May 1, it would not only be possible to file an opposition or a civil court action against a younger trademark registration, but the trademark proprietor has the additional option of filing an invalidity request on the basis of its prior IP rights, e.g. trademark and or tradename rights, at the German PTO.

Going forward, as of May 1, 2020, the trademark proprietor has the following options to act against a younger trademark registration:

The administrative invalidity proceedings are a cost-effective alternative for those cases where the opposition deadline expired. Unlike oppositions, the invalidity request can be based on further rights, inter alia, on a right to a name, copyright or design right.

The official filing fees for an invalidity request at the German PTO amount to EUR 400 and are significantly lower than the court fees which typically amount at least to EUR 2,500 in trademark infringement proceedings.

Lowering of the cost risk:

In the new invalidity proceedings at the German PTO, each party bears in principle its own fees and costs irrespective of whether it is the losing or succeeding party. In contrast thereto, the losing party bears the costs of the adverse party as well as its own court and legal fees in trademark infringement court proceedings. This shows that the benefits and downsides of each proceedings shall be weighed for each specific case. From a strategic point, the invalidity proceedings can also be used as a means of leverage for negotiations. 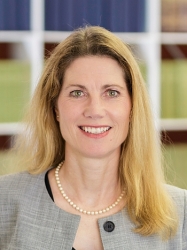