The infection protection measures during the Covid-19 pandemic led to significant cuts in the sale of goods and services. In many cases, this also affects the genuine use requirement of trademarks. The article examines the cases in which there could be a legitimate reason for non-use according to Art. 19 TRIPS (also e.g. Sec. 26 (1) of the German Trademark Act and Art. 18 EUTMR).

It appears that, so far, there exist no comments or other legal statements dealing with the consequences of COVID-19 restrictions issued by national governments and their consequences for genuine use of trademarks. The closure of shops, restaurants, etc., and the curfews imposed by the authorities represent a deliberate disruption of economic life in order to keep infection rates low. Economic life shall be willfully restricted. These measures mean that goods and services can only be sold / provided to a reduced extent. This entails a quantitative reduction in the use of the mark.

The quantitative reduction in the use of the trademark can even lead to non-use in certain cases: Anyone who registered a trademark at the beginning of 2020 in relation to the services “organisation of music festivals” to be provided as summer festival in the summer of 2020, could probably not use the trademark at all due to hygiene-related event cancellations. Something similar may arise again in 2021.

This puts companies under pressure in terms of trademark law: Almost all national trademark laws require the use of a trademark for the goods and services claimed; in particular “serious use” is required. This stipulates that a trademark has not only to be used somehow, but that the trademark shall be used in a customary manner for the goods and services claimed and to the extent customary in the trade. Thus, quantitative aspects also play a role, namely a certain minimum quantity of goods or services sold (depending on the individual case). This sale of goods and services may be reduced or even be completely absent due to the restrictions in the COVID-19 pandemic if the trademark owner was not able to sell enough goods or services under his trademark for a significant period of time.

A significant lack of sales of goods and services for which a trademark claims protection involves the risk that the trademark is no longer regarded as “genuinely used” by the trademark authorities or by a court. Under certain circumstances, this can mean that the trademark can no longer be enforced against third parties that infringe trademark rights (e.g. Sec. 25 German Trademark Law). In addition, there is a risk that a third party may file applications for cancellation (revocation) due to non-use.

To get to the heart of the issue: Many Trademark Acts provide an exception to the use requirement in case that there are “legitimate or proper reasons for non-use”. However, at least in Germany this exception is interpreted very narrowly: It is essentially only applicable in cases where the non-use was independent of the trademark owner’s will. This is likely to be the case in some of the COVID-19-related scenarios outlined below. The disadvantage for the trademark owners, however, is that they bear the burden of proof that there were legitimate reasons for not properly using the trademark. The trademark owner whose sales of goods and services suffered from the COVID-19 pandemic, would be well advised to prepare a documentation about COVID-19 related restrictions of the authorities in order to provide a proper explanation about the decline in sales and to present them in court if required.

a) Event bans: Trademark owners with the business field of “organizing trade fairs” (i.e. owners of a trademark claiming the services “organizing trade fairs” or “organizing concerts”) were in 2020 in Germany largely prevented from using their trademarks for this business purpose. Many trade fairs as public events were prohibited by the authorities, because the intended infection protection rules (e.g. safe distance between visitors) were unlikely to be complied with. The author is aware of cases in which the organizers of trade fairs were unable to use their trade mark for the claimed services “organization of trade fairs” because the event was banned for reasons of protection against COVID-19 infection.

b) Event cancellations: Although numerous events were not directly prohibited, they did not take place in 2020 because – following the intended infection protection measures -the expected number of visitors was too low. The event was expected to be unprofitable and the event was therefore voluntarily cancelled. In some cases, however, the (voluntary) refusal merely anticipated an official ban. In some of these cancelled events, the attending companies were involved in the decision on the cancellation.

c) Furthermore, there are numerous cases where the sale of goods and services could not take place because the shops had to close. This affects, for example, trademarks that claim protection for “retail services” (e.g. department stores), “hairdressing services” or “restaurant services”.

d) Another important group are the trademarks (for example in the travel industry) whose goods and services were not directly affected by official bans (and were therefore allowed to offer and provide their goods and services) but which suffered a sharp drop in sales because the addressed public feared regulatory consequences when using the services. An example of this are the quarantine regulations for travellers returning to Germany, which have led to an extreme drop in sales of travel services abroad.

e) Finally, it should be considered whether the general economic downturn which has led to reduced sales of goods and services in numerous sectors other than the afore-mentioned, should be taken into account in the examination of genuine use by the courts and the trademark authorities.

As far as is known, so far neither the courts nor the specialist literature have dealt with the question of whether the non-use of a trademark may be justified if it is in connection with official infection control orders in the context of the COVID-19 pandemic.

The starting point for the solution must be that – at least in Germany – both case law and the literature have cited cases of “force majeure” as a legitimate reason for not using a trademark. “State bans” were also recognized as a justification for non-use. The decisive factor in both situations is that there is an obstacle to the use of the trademark that has occurred regardless of the trademark owner’s will. In this context, the German Supreme Court (Bundesgerichtshof) expressly mentions “state constraints” for the distribution of goods or services and refers to Art. 19 Para. 1 2 TRIPS, where circumstances are recognized as valid reasons for not using the trademark that are independent of the trademark owner’s will and constitute an obstacle to the use of the trademark.

In this respect, in favor of the trademark owner, it must be taken into account that pandemic control measures issued by authorities were carried out as a willful shutdown of economic life. Numerous measures against the pandemic were justified by the fact that public life had to be “shut down”. Thus, the non-use of the trademark is mostly not only independent of the trademark owner’s will, but practically entirely against (!) his will.

If one applies these thoughts to the above-mentioned scenarios a) to e), the following results:

The same must apply to event cancellations (scenario b). Here, too, the trademark owner – regardless of his will – was not able to be active at the event and sell his goods and services there. From the trademark owner’s point of view, it cannot matter whether the event has been officially banned or whether the organizers have mutually agreed on the cancellation. This is also supported by the fact that the organizers may only have anticipated an official ban by voluntarily cancelling the event. It is unreasonable for an event organizer to invest in the preparation of an event (think, for example, of the costly preparation effort for the Munich Oktoberfest) if an official ban is to be expected a few weeks later anyway.

In scenario c) where the sale of goods and services could not take place because the shops had to close due to the official order, there is also a justified reason for non-use. In principle, however, this can only exist for the duration of the closure. Consequently, when looking at a calendar year, there is a justified reason for not using the trademark, in principle, only for the duration of the closing time. In relation to the calendar year, a lower use and thus a significantly reduced turnover in favor of the trademark owner shall also have to be taken into account, i.e. a quantitatively lower use must also be regarded as “serious” use.

The same must apply to the scenario d): A tour operator or transport company whose business activity was not prohibited but which has indirectly come to a standstill through official measures (e.g. quarantine obligations) is not responsible for this. The standstill (or the extensive standstill) came about without his intervention and was beyond his entrepreneurial influence. Here, too, quantitatively less use of the trademark must be taken into account when assessing serious use.

It appears very doubtful whether in scenario e) a quantitatively lower use of the trademark would have to be recognized as genuine use. In this respect, it should be borne in mind that economic fluctuations in the sale of goods and services generally fall within the risk area of the entrepreneur, i.e. the trademark owner. As a result, such sales reductions shall in principle not have to be taken into account.

Exceptions in favor of the trademark owner could, however, apply where official prohibitions directly affected his customers or his suppliers. In this respect, official measures may be of indirect causality for the reduction in the sale of goods and services. Here you will have to focus on the individual case.

It remains to be seen how the courts will decide on the issues outlined above. There will be no all-in-one solutions; each individual case will have to be investigated. A trademark owner who was (or is) affected by authorities’ pandemic control measures in the sales of his goods and services is in any case advised to document and archive the relevant authority measures and the decline in sales in the relevant period in order to be able to use them in proceedings relating to the proof of use of his trademark. 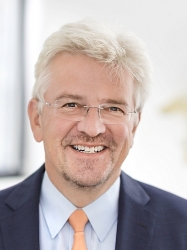